Ok, I just realized that I have a long time since I last posted something in this blog (among my 7 other ones, OMG) and so I decided to throw a filler or something. 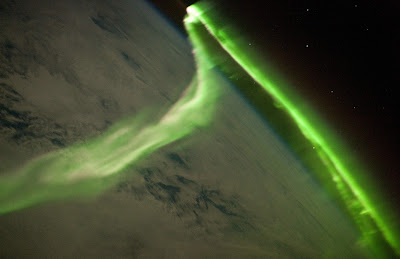 We start with this image which is one of those sky aurora phenomenons I very much would like to see from the ground and with my very own eyes oneday. For that reason and the fact that the shape and colour smoothing reminds me of some plasma effects in demos (but not too much, this could be classified more as a luminous ribbon effect :) this is one of my favorites here. 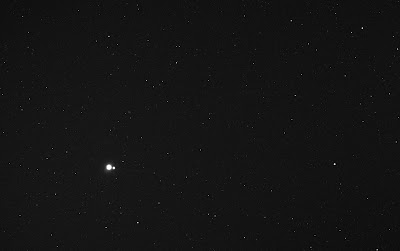 We continue next with an astonishing image that is just pure blackness with some stars and our own little planet together with it's only moon. Definitely not so beautiful as some of the other pictures in the link I will give you soon but perplexing as you see this in this distance and it gets too hard to grasp that this big beautiful world we currently occupy is such a tiny place lost in the vastness of the universe. Similar emotions arise if you think about time, human civilization being such a tiny time fragment compared to the age of the planets of the solar system, our galaxy or the universe itself. It simply scares me staring at this picture. In the very next moment we could be wiped out in a puff by major cosmic events and that would be a natural event without a special meaning. 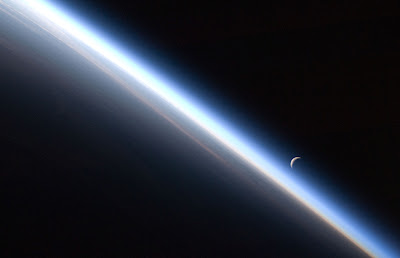 One more beautiful image to separate this text and give you the links. They are probably no news, you might have already encountered these images somewhere before this blog post (spare me the ORLY's here, I am not planning to be an exclusive source here but just post something that fascinates me even if it's old news), this is Around the Solar System and then someone pointed out a very obvious website called Astronomy Picture of the Day which I am sure I have encountered several times before but I want to put the link here to bookmark it and maybe view some of it's contents in the near future. As a final bonus, check also this interactive Flash called The scale of the universe, from the tiniest size of matter to the size of the universe. It's definitely mind-boggling especially the fact that you have to travel from the tiniest scale so many factors of ten to reach the first known element. Anyway I leave you to explore yourself.
Posted by Optimus at 18:57 No comments: