Garbage on the web

It always makes me mad.
I like the feeling of being off-line. Away from the junk.
It can still be fun if you like to be in control of your computer.
Programming little things and little machines. The real thing.
Real and respectable computing. Alone.

I received another one of those emails. Someone I knew send it to me. He probably didn't know and he thought it was the right thing to do. Microsoft and IBM said one of the most dangerous computer virii is on the loose. Even CNN had that story! The virus can burst you hard disk in flames. It can also steal your email and your id. They warn you to close your PC the following days. Maybe it will be better to do so with that pyramid email shit floating around. Sigh...

It's common. It's nothing to be angry about. Pyramid emails. Stupid hypes. Annoying Spam and pop ups. Pseudohackers spreading virii and defacing websites. Stupid flaming and hip websites. Boring social community sites. Internet for the masses.

I recently heard the word "darknet". I immediately fell in love with the concept. A private network for the few ones. Maybe it's a bit elitish. Maybe someone can't easilly get into. I don't even know where do they exist and how they look like. I wish I knew more about computer networks. Although they remind me the old times of BBS. I never had the luck to join one though. It was past my time. Maybe some people are still running them for the nostalgy. Private networks. Somehow it's appealing that besides the all well known internet there are some unreachable places out there. There is something in the concept that is so inspiring till the mass discovers it and it becomes mainstream and spoiled. But who is the mass anyways? I might be a part of the mass too :P

I heard another even more appealing word . It's called "off-line".
Posted by Optimus at 11:58 1 comment: 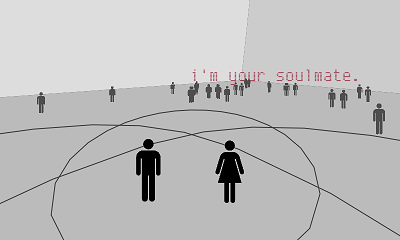 I purely enjoy the message of this demo. I never liked social networks at all.
Posted by Optimus at 07:44 No comments:

What have you done during Duke Nukem Forever's development time?

It must be few years back since I first read The Duke Nukem Forever List. It strikes you with awe when you think of how many things have happened during that time. Of course, twelve years is a long period for everyone and thinking where I was in 1997 and where I am now that the DNF project is over strikes me with awe too.

In 1997 I was a teenager without much computing experience and then I had a dream to become a great programmer or something like that. It was some kind of obsession like "I don't wanna be the average joe chasing behind chicks and going to disco or something but I won't to become some great scientist or legendary programmer or anything". Which didn't exactly worked that way. Then in 1998-9 I learned about the demoscene and spend whole ten years with it (might have released more than fourty demos and other scene related stuff), I also took 8 years to graduate from a university (twice the normal years), went to the greek army between 2006-2008 (it's obligatory here), I worked on three different jobs (in one of them I even participated in the development of a our own released casual game, Crazy Space) and now I am almost turning thirty.

If you compare what you have done in this part of your lifetime and how things have changed it's going to strike you. Another question not asked though is which things took or still taking longer than duke nukem forever?

Hard to give an answer to this right now, not because there is nothing there but because I am too lazy to do some research. I could only think of something in my own lair, especially demoscene related projects on the Amstrad CPC, one of the most inactive and lazy scenes ever. Palatine demo surely beats the crap out of DNF and maybe ASIC inside demo from Futurs about which I can't find a starting date but probably it's almost as old as Palatine. Long awaited CPC productions that were either finally released or are still in production yet their time length is shorter than DNF must be Demoizart (I think the oldest and best imho part of it started in 1996, could be surely be released as separate small demo back then and beat the past I think) and of course our own Ovation 6 diskmag (preview here). I think it was 2000 when we first released this preview and maybe it never sees the light. Maybe releasing a teaser of it as Ovation Forever would be a nice parody to do, yet I think I am even too lazy to do that. Since I speak about diskmags and 8bits, I remember another one that I have even written some articles (It's over 8 years! I might hate my writting by now :) but it goes through the same destiny as Ovation. Subliminal Extacy #4 for ZX Spectrum. Last but not least, 4096 colors a demo for which I did some gfx (later used in my A step beyond CPC demo) and might never see the light (except from the preview).

Now, I started wondering which were my demo projects longest in development. And how this affected things. I think I know which they are and they were actually my best works in the scene. But that's maybe a subject to discuss in another post.
Posted by Optimus at 10:14 No comments: