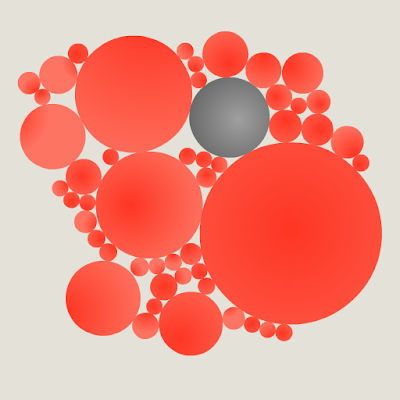 I am wondering if by having this link here or someone clicking on it, it goes there or it needs a certain amount of hits? I am also wondering what will happen if there are a lot of balls touching :)

p.s. Lol, I just had a feeling of Deja Vu. Like I remember I have posted the same thing with referrer balls and the screenshot or like I have seen it in my dream that I have posted this right now. Wow!
Posted by Optimus at 08:28 No comments: 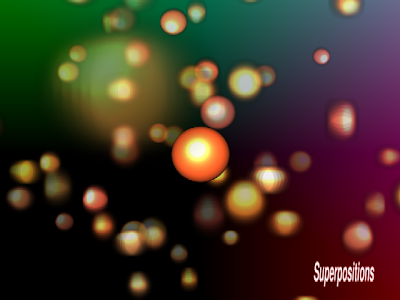 Work on the shaders demo for BP09 is going well. This will be the second part but the final won't look exactly like the picture (I hope). It's not finished yet. I tried here to give an impression of the superposition from quantum theory. The demo will have references to quantum physics and retro feeling at some parts. It just occurred in my mind to have such a mixed theme. I won't reveal any more till the demo is released at the party :)
Posted by Optimus at 11:10 No comments:

Satisfactions and dissapointments in my democoding activities

4k is almost ready to ship! As a remote entry for Numerica demoparty.

87 bytes to wipe out. It's one of the few projects I enjoyed a bit. Maybe because it was easy to code in OpenGL and produce something that looks neat. Or because I enjoyed generating 3 textures and few polygons and have a final result that is satisfying to myself (concerning the effort and result). Maybe it's mediocre compared to the good ones (fewer parts that I wanted, shitty music, few ugly artifacts) but I don't bother about that. It's only important I am satisfied from what I do (and there are many factors that play a role in that) in the scene and this one is of the few times.

And now I am saying that, I think I'd like to make a list and consider which of my creations satisfied me or disappointed me during their creation and why? There was that incident some days ago at pouet where I expressed the usual stuff and wondered if I should be making demos or not. Then few days later I get good feelings by working on this 4k and even think it's gonna get fun to compete with the other entries and watch it realtime from the streaming. What's the fuck with me and my shifting moods anyways? Maybe I should just stop if I don't feel very well with a particular demo project and work on the ones that offers some satisfaction. There are times I get positive feelings from demoscene activities even if quite less than the negative ones. Maybe I should just regulate my emotions or shift activities when it doesn't go very well. Let's examine which where the ones with negative or positive feelings and why.

Let's see some demos from my Demology list at Pouet, starting from the past till today.

: A GP2X demo for an online competition. Easy to make, no much struggle, and ok looking for the short time it took. Not as good as Led Blur in terms of completeness but ok flow without disappointments. Just the last demo before leaving for the army. It's even the first time I win any kind of money (300$) from demomaking. Which I received in paypal and lost by something strange with my account for reasons I don't know yet and won't bother to learn (ouch).


Phew, that was big! It's a nice timeline of some of my most important releases and my thoughts on how they affected me and how I felt at that time. Good for a comparison of which elements, which tech, which times brought me joy or sorrow and know at which direction to head on if I want to receive more happiness than sorrow from my demoscene activities. And I must say that I should stop the mood swings because it makes me feel so ridiculous but all I say is a joke because I know that the cycle never ends.

Next time I should do a list of all the demoparties I visited and the joy/sorrow levels and reasons. Another insight, not on demomaking but how I felt at times with the demoscene community itself.
Posted by Optimus at 19:49 1 comment: